Did you know scientists used Clostridium species to produce industrial solvents from cellulose?
Did you know anaerobic (oxygen-free) bacteria produced polyketides?
(I didn't!)

This Angewandte Chemie article by Prof. Christian Hertweck (HKI, Germany) held many such surprises for me. While poking around in bacterial genomes, Hertweck and team discovered gene sequences for secondary metabolites, or what organic chemists usually call "natural products". When they cultured a certain Clostridium strain from their collection, a deep purple dye emerged. 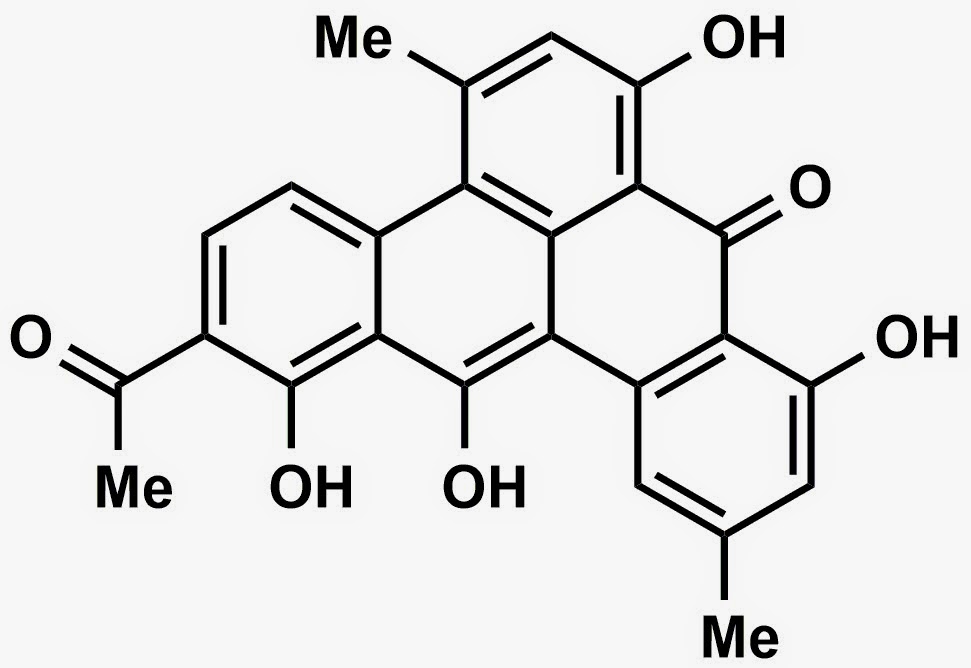 Dubbed clostrubin (see right), the pigment possesses several striking features. First, its shape: this five-ring topology, dubbed a benzo[a]tetraphene, has never been documented from living organisms. Second, although polyketides commonly come from other microbes, this is the first the team had ever observed in an anaerobe. To compound the mystery further, the folding pattern itself - polyketides come from long chains of simple precursors - had never been seen.

Most exciting for all involved: the compound shows high activity in assays against MRSA and VRE, two highly resistant strains feared for their prevalence in hospital-based infections.