Spot-Checking Antibacterials in PLoS One

Ever looked at a molecule and thought something was just...off?

A little while ago, I browsed through the latest edition of PLoS One, the open science journal. I don't often go there for chemistry publications, but curiosity struck, so I typed, "antibacterial NMR" (I think) into the search box. Up came this paper, from 2013, announcing:

First thought: "Wow!" Second thought: "If this is so great, why is it buried in PLoS One?"

Then I happened to look at the proposed structure for this potential panacea:

Sulfonylated "ladderane" substructure.
A (4,7) disubstituted acenaphthylene bridge.
A previously-unknown-to-science (and virtually unknown to SciFinder) 4-4-5-6 ring system.
Can that really be correct?

Naturally, I made a model of one "half" of the presumed dimeric molecule:

I've taken apart and reassembled this molecule a few times, and can't seem to access any diastereomer that 1) looks energetically minimized, and 2) can actually have the acenaphthylene bridge the way the authors specify without "strain energy" popping out the plastic bonds.

Perusing the analyticals in the Supporting Information, I'm puzzled by a few more bits:


The IR, briefly addressed in the text as suggestive of "[the] presence of a sulfoxide functional group" due to the 1082 cm-1 band, but contains peaks suggestive of:

The published 1H NMR has no peak labeling or integration (tsk, tsk).

--
Readers, what do you make of this? What kept this out of a more mainstream chemistry journal?
Do you agree with the assigned structure? (Am I just shouting in the wind here?)

April 17 - Uh-oh...check out these anonymous commenters' finds on Derek's blog:

Thanks to All My Readers and Tweeps! 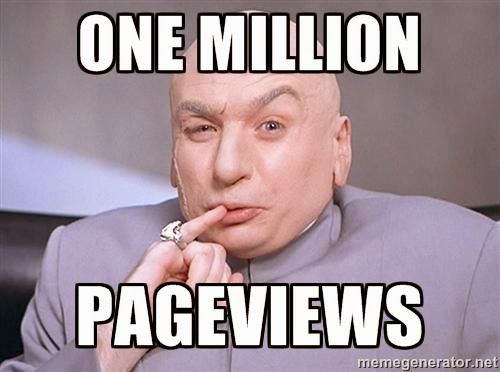 Email ThisBlogThis!Share to TwitterShare to FacebookShare to Pinterest
Labels: groovy, I'm hip I'm cool I'm with it, saki it to me, This is totally my bag baby

From an astute commenter in the 2015-2016 Bumper Cars post, we hear about Prof. Andrew Hamilton's appointment to serve as the next President of New York University (NYU). Congrats!

Readers, how many chemists now serve as chancellors, provosts, or presidents at academic institutions?

Here's who I know about today - I'll add more as I hear about them in the comments.

The group finds it can enable late-stage azidation of a variety of complex bioactive substances (sclareolide, artemisinin, estrone, papaverine). Even more surprisingly, although likely a radical-induced transformation, using a chiral salen led to a single example of 70% ee material. Groves admits they have work to do, but the fact that this reaction operates with 1% loading in wet ethyl acetate at room temperature sure sounds promising! 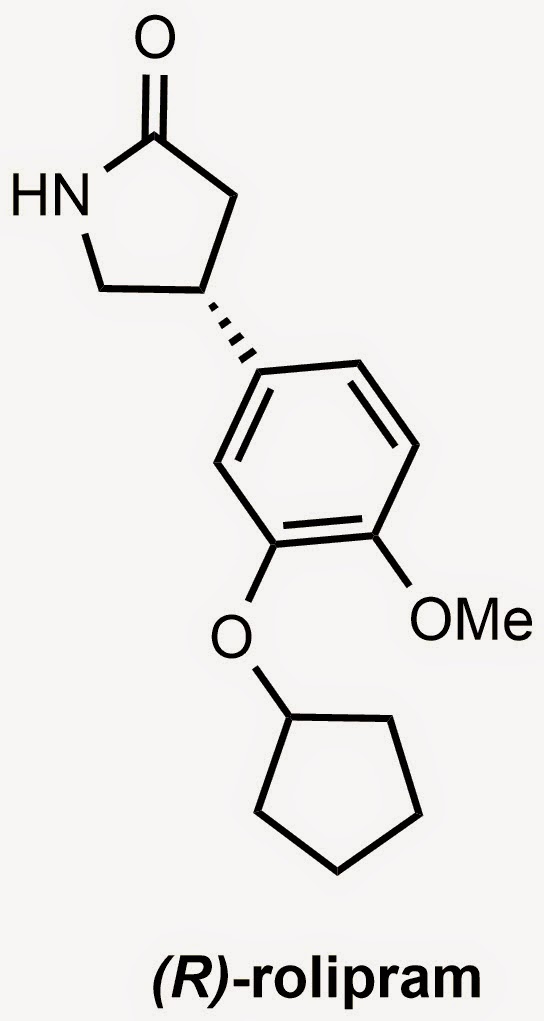 Synthesis Machines: Over at Nature, Kobayashi published a flow reactor approach to syntheses of either enantiomer of rolipram, an anti-inflammatory. No MIDA-boronate 'handles' here; this is classic chemistry - olefination, 1,4 addition, reduction, hydrolysis, decarboxylation, cyclization - performed over heterogeneous catalyst beds encased in stainless steel tubes. The group spices up the synthesis by including their in-house chiral PyBOX-calcium catalyst to control the 1,4 addition, and developing a Pd / polysilane-catalyzed reduction for a troublesome nitro group.

Kobayashi claims his synthetic engine can produce a gram of 96% ee material every 24 hours, and that the system remains stable and operable for about a week's time. In a complementary Commentary, Joel Hawkins of Pfizer presents a tantalizing future, where hood-sized continuous synthesis units chug through kilo quantities of drug precursors, using commercial reagents, sans column chromatography.

Recruitment Rising in the Windy City

With today's confirmation of Prof. Scott Snyder's move to the University of Chicago, the university caps off a three-year hiring spree bringing a total of 13 new faculty into Chemistry and related departments.

Wow. Can anyone elaborate? Massive private donation? Mortgage breaks? Something in the water?
Posted by See Arr Oh at 6:42 PM 14 comments:

It would surprise no one reading this blog that I'm equally passionate about chemistry and music (see here, here, or here). Thus, I couldn't help but relay this wonderful passage from WIRED about the LinnStrument - a new electronic grid instrument - and its chief enthusiast (highlighting mine):


"By professional standards, Rosengarten is a hack. He’s never had a music lesson in his life. He’s no prodigy either. He’s a 48-year-old chemistry teacher in upstate New York. He can’t read sheet music, and he doesn’t aspire to. Like many people, though, he has a fascination with any new technology that allows him to compose and play songs for fun. In a recent YouTube video, Rosengarten unboxes his LinnStrument and immediately coaxes a decent melody out of it. Like any good teacher, his enthusiasm is genuine and infectious."

Not feeling the good vibrations from this one? Try another of my attempts at humor from C&EN Onion.

(New York, NY) - BREAKING: Following the recent announcement of a fast-track peer-review option at Scientific Reports, competing journals are pleased to announce their own revolution.

For just $749, authors can now opt-in to ReviewWare's RPS [rock–paper–scissors] peer-review track, which decides each scientific manuscript's fate by a single game of rock–paper–scissors* between the Corresponding Author and a qualified External Referee.

Games Reviews will be conducted over Skype with an editor / adjudicator. To maintain anonymity, the external reviewer will be required to wear a glove. To accommodate increasing requests for double-blind peer review, the author selected to take part in the rock–paper–scissors duel can also choose to be gloved, thus masking his or her "identity."
Should the peer-review process result in the authors' Paper being shredded by the reviewer's Scissors (or their Rock wrapped in Paper, or their Scissors blunted by Rock), then a small additional fee allows authors to select our enhanced "Best-of-Three!" peer-review option.