From the August 2014 issue of Scientific American: 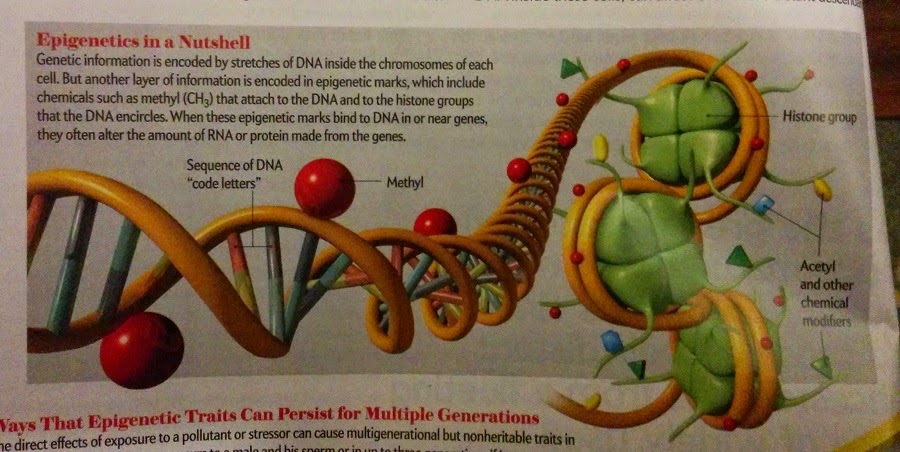 This illustration hurts on a few levels. "Methyl" and "Acetyl" are functional groups - common clusters of atoms that appear in larger molecules - not themselves chemicals, per se. If the methyl were actually represented by this red ball, it wouldn't be quite so large (it's only four atoms), nor would it be attached at the outside of the sugar backbone (it's on the nucleobases themselves).

Did no one see last year's Discover infographic? At least SciAm's gets the helix right!