"Everything is Catalytic," Scientists Claim

"Brilliant!" remarked Stuart Cantrill, Chief Editor of Nature Chemistry. "Chemists were always running reactions in beer and coffee, mostly to show off. The trick now will be discovering which obscure thing goes into what reaction." 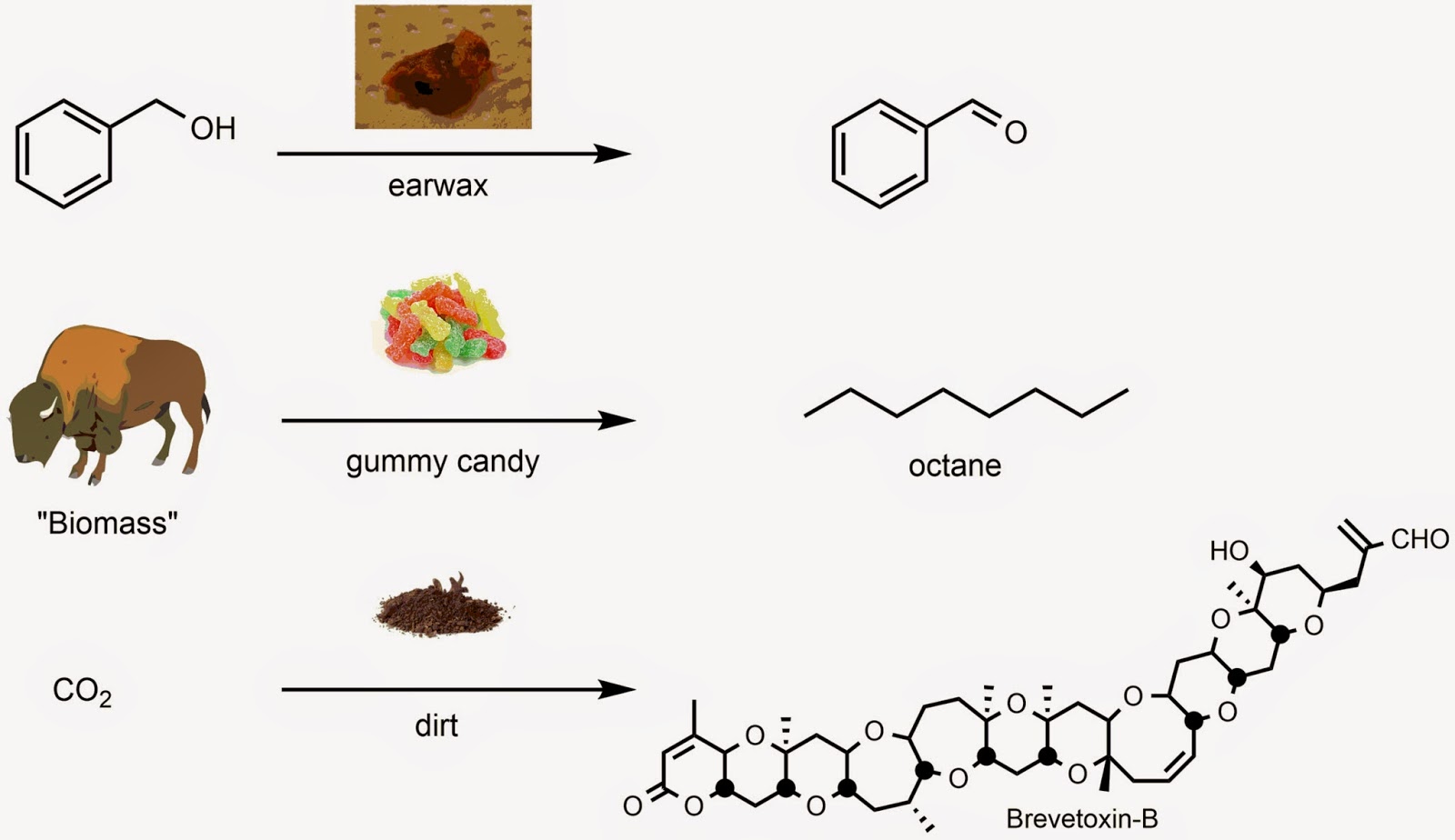 As shown by the graphic abstract (above), scientists at the forefront of catalytic research often try just about anything they can get their hands on. "I wouldn't have believed it, myself, but the data convinced me," commented celebrated catalysis scion John Hartwig. "Our lab has already added ppm quantities of dryer lint, nose hairs, and soy sauce to asymmetric Ir allylations, with fantastic yields and high ee."

N.B. - Calls to Dow and DuPont were not returned by press time

Note to the humorless: This is fake. Happy April Fools' Day. Please don't sue me.
Posted by See Arr Oh at 12:00 AM