Catalysis fads come in waves. This shouldn't surprise - when one group finds almost-too-good-to-be-true reactivity, everyone jumps on to ensure rapid publication and novelty for that dusty grant submission. 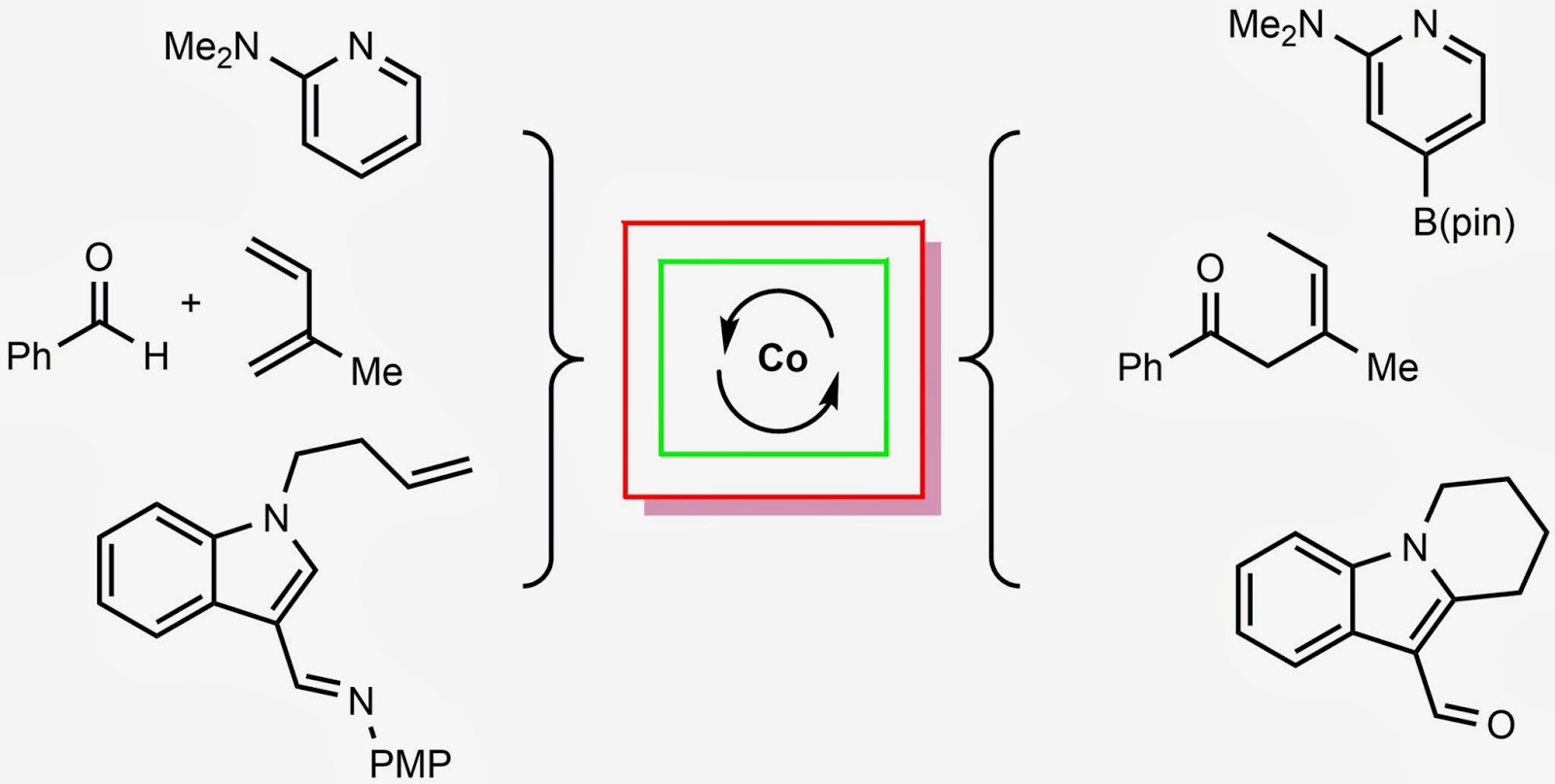 Within about a week of one another, the Dong, Chirik, and Yoshikai groups have disclosed some really neat-o transformations that run on the Co(I)-Co(III)* redox engine. Dong's group discovered a new diene hydroacylation. Chirik's installed B(pin) onto heteroaromatics with low loading and no solvent. Yoshikai offers a mini-career-retrospective on his group's efforts to develop several (new to me!) Co reactions, among them hydroarylation, zinc insertion, and acylation.

So, why the sudden upswing in cobalt? For one, relatively new ligand architectures (pincers, NHCs) have allowed access to stable architectures earlier chemists could only dream of. Also, the concept of "reductive" coupling, still in its infancy compared to the oxidation behavior most folks affiliate with top-row metals, has lured younger groups fighting to carve out a career niche.

Let's see how swollen the cobalt catalysis field becomes in the next five years. The next "gold rush?"
Only time will tell.

*As @Organometallica (rightly) points out, these reactions may yet be more complex - say, for instance, a fast Co(I)-Co(II) to Co(II)-Co(III). This could have mechanistic ramifications later down the road (radicals, anyone?), or be responsible for various off-cycle activity / resting states.
Posted by See Arr Oh at 4:01 PM